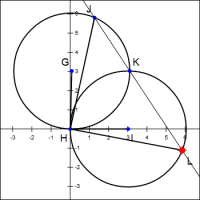 This is the first app ever on Euclid’s Muse! It provides a draggable diagram to help illustrate a mathematical proof. This proof was discovered when modeling the Twisted Savonius style wind turbine from a top view. The full proof can be found here. 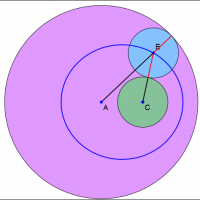 A proof that the locus of the center of a circle tangential to two nested circles is an ellipse. 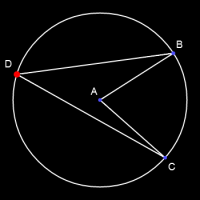 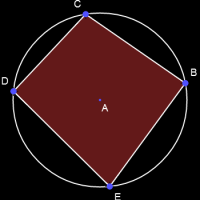 The Cyclic Quadrilateral Theorem states that for a quadrilateral inscribed in a circle, the measures of opposite angles must add to 180 degrees. Drag the points and observe the angle measures to see how this theorem holds true. 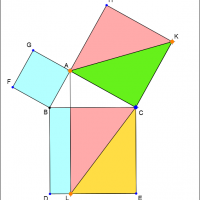 Euclid's proof of the Pythagorean Theorem is illustrated.